What is the difference between imported and domestic laser marking machines? 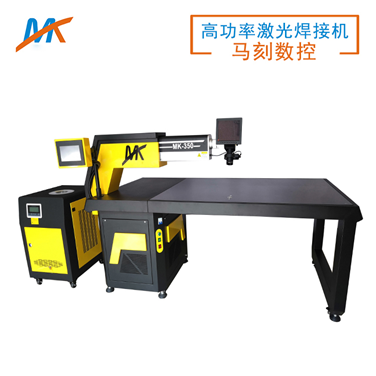 Imported laser marking machines Currently, the configuration of fiber lasers on the market is still imported from Germany for all three main components. Fiber coupled pulsed laser. High-speed analog galvanometer laser head and operating software board in various countries. These three parts constitute the three important quick responses of the fiber laser marking machine, that is, the "brain, heart, and arm" is sensitive and quick to respond to the brain, which has better compatibility. Powerful heart supply function and rapid response skills.

Imported lasers have better beam quality, smaller light spots and unquestionable quality. Fine laser engraving is suitable and has advantages. ! If all imported, the galvanometer speed is faster and the performance is more stable! Fine can become coarse, but rough cannot become fine, so the beam is very important! It can determine the laser manufacturing process!

It does not mean that our domestic laser marking machine has no advantages. I still support domestic products very much. At the same speed, the effect is the same, and the filling is different. The domestic is still fast. Because the light spot is slightly larger than the imported one! The coloring efficiency of the domestic fiber laser marking machine is higher than that of the imported one! Easy to debug!

In fact, as far as the life span is concerned, the quality of imported products is undeniable, but the fiber laser marking machine made in China has been quite stable in recent years and does not lag behind foreign countries. ! In theory, it is 100,000 hours! After 7-8 years of practical application, it can still work normally!

According to your specific technology, product requirements and long-term processing volume, it is very important to choose imported or domestic fiber laser marking machine.